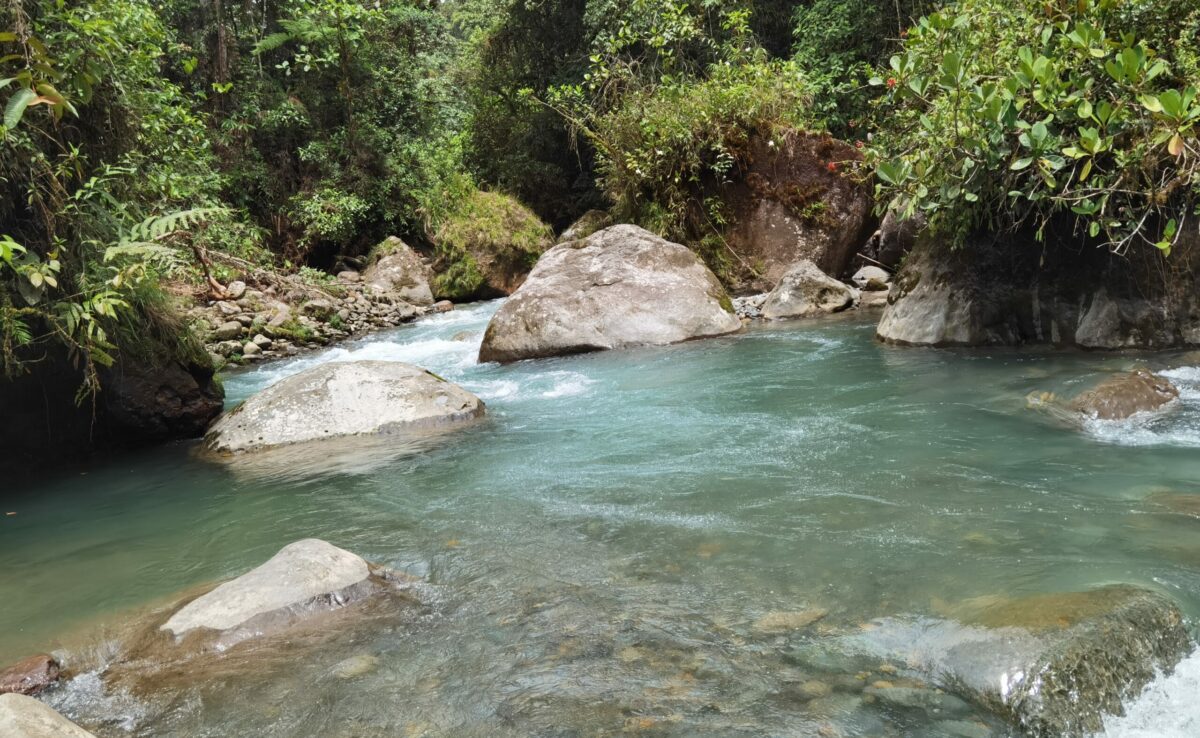 The soul of La Marta

The past.
Although very little is known about the ancestral origin of the site where La Marta is located, there is much evidence that it was a territory densely populated by the Cabécar culture and there was great human activity due to the favorable geographical conditions of the area.
The clearest evidence of the above is that for many years the site was severely looted by the "huaqueros" of the area who were dedicated to searching and unearthing mainly clay pots, stone “metates” and mainly gold figurines, which were sold to "the city ​​people” not too long ago, when this was a legally accepted commercial activity.
The first evidence of modern history at the site dates back to 1870 when an agro-industrial farm was established managed by a partnership formed by Costa Ricans, Americans and British, who made a huge financial and technological investment to establish the project in the middle of the Caribbean jungle, which was baptized as "La Marta".
This hacienda began to develop almost at the same time as neighboring Turrialba, but the former had the great advantage of having a large investment of capital and foreign technology, but a series of events prevented La Marta from becoming a city.
Very little evidence remains of the existence, development and end of the La Marta farm, almost all of it transmitted orally over the years to the present day, but enough to form the "legend of La Marta", which to date has not managed to be verified by historians who have investigated the subject.
"La Marta has always been very jealous of her identity, and she must have very good reasons to hide her past."

However, there is very clear and abundant biogeographic evidence that indicates that the establishment of the hacienda was carried out at the cost of the destruction of several hundred hectares of Caribbean forests to produce coffee, cane, bananas and cocoa for export.

For its part, oral tradition tells that in 1930 an environmental tragedy destroyed the hamlet where the farm workers lived with the loss of many lives, which marked the end of the company and all the projects that existed there.

From 1930 to 1991, La Marta remained completely abandoned and all the infrastructure and machinery were covered and buried by the magnificent jungle that once again rose to claim what once belonged to it.

The "cosmicity" of La Marta.

In Costa Rica, only the Durán Sanatorium and San Lucas Island have a contemporary history as rich as "the legend of La Marta": a series of events that make you think that things do not occur by chance, but that everything has a reason.

"Everything is written on the mantle of the night with the ink of stars."
What was once Cabécar territory, covered with spectacular forests full of peace and harmony, was overrun overnight by the greed and pride of a few who forced La Marta to be born amid the destruction of nature and an ancestral culture, the exploitation of the soil and other human beings, and the degradation of rivers.
However, they forgot that La Marta is part of Kabar-Jérikä-Takí (name in Cabecar of the great Talamanca mountain range), the only territory in the entire American continent, where nature and ancestral peoples frustrated all attempts of the Spanish conquest. Once again, the untamed mountain released its enormous energy to destroy in a few years, all the barbarism that reigned in the hacienda.
Nature immediately began to claim what the hacienda took from it: the jungle swallowed the plantations, the roads and anything built by humans and peace and silence once again reigned in the place.
The few people who lived and worked on the hacienda went to live in the surrounding areas and founded the neighboring towns that lie at its feet, and La Marta became something like "the forbidden place" or "no man's land."
On June 14, 1991, the forces of the cosmos caused La Marta to become part of the existence of two universities: Ulacit and Castro Carazo.
"Who but a university - a community of experts and academics - can turn La Marta into a place dedicated to education and all manifestations of culture?"

Thirty years have passed since the first group of students and teachers visited La Marta to discover the vestiges of its painful past and learn about the incomparable beauty of its pristine forests. Since then, thousands of people have toured its historic area and enjoyed its trails, vegetation, landscapes and rivers.

Today, La Marta's voice is very clear and is being heard by more and more visionary people with a noble and empathetic spirit:

"The same place where nature and humanity were once defiled is destined to become a place of worship for both."
La Marta is a classroom-laboratory of two universities and as such, it is open to the world so that the best scientific, technological, philosophical and spiritual manifestations coincide there. The purpose is to create new methods and paradigms to relate society with its natural environment, such as sustainability, eco-training, planetary awareness, fourth-dimensional thinking, back-to-the-origin thinking, and everything that helps people reach the highest level of empathy with the world around them.
The old hacienda is now the perfect place to do research and understand, among other things, the enormous power of nature over greed and pride, the causes and effects of climate change, practices for restoring the environment and achieving social development in harmony with nature.
La Marta is a very clear and forceful lesson not only for Costa Rica but also for the entire world, and as many people as possible should become narrators of its history.
"The story of La Marta will be repeated as many times as pride and greed try to return." 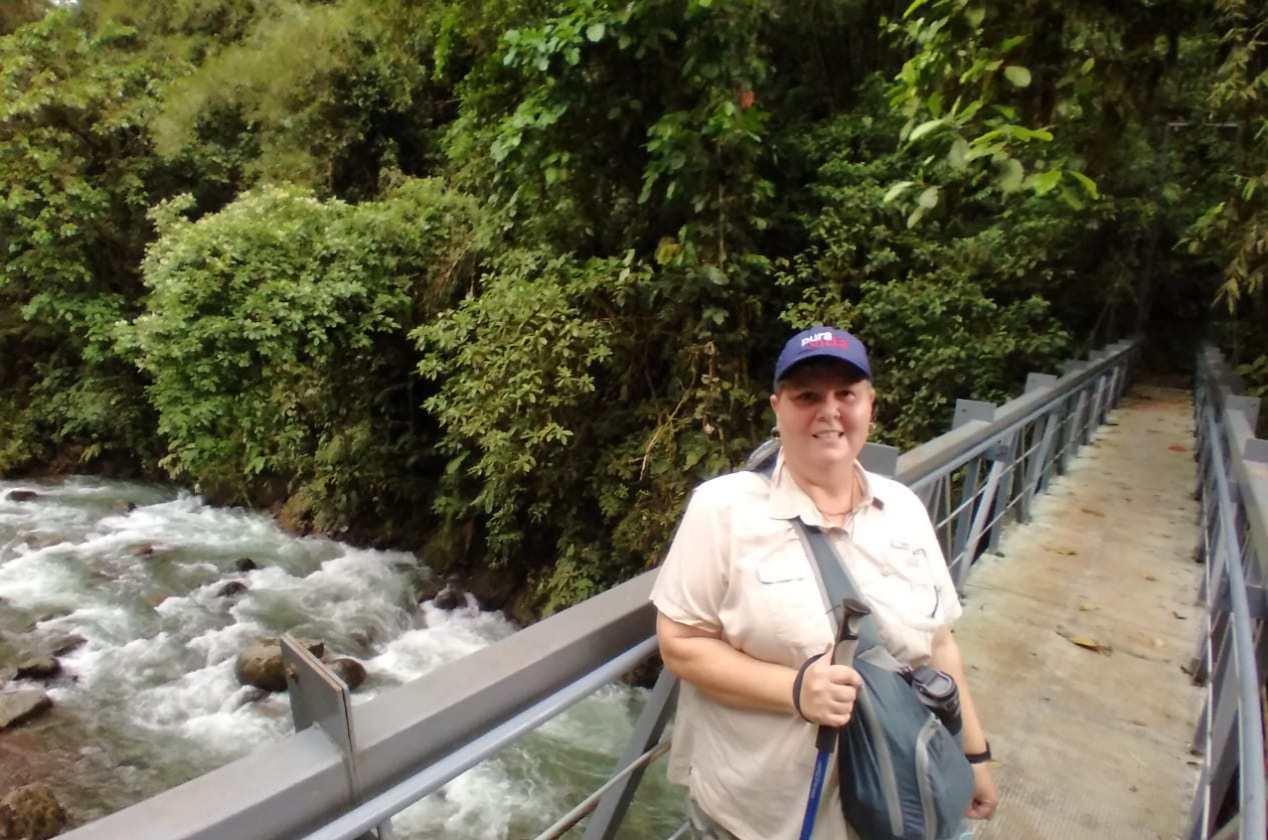 Since this is a haven with wild animals, our beloved pets must stay home.